If you ever think of setting up your own IT Infrastructure to host required applications, i.e, Website (Corporate or Blog), File Server, Mail Server, Team Collaboration Software, ERP, CRM, Forums, DB Server to host databases for all the applications and many more with low cost and high availability. This post is for you…Let’s start

In the olden days, it is very difficult because we need to host our infrastructure on Physical Devices and if something goes wrong, it could take days to recover the applications running on it. There is a possibility of data loss if we don’t have data redundancy. And also it is a very expensive and time-consuming process.

Nowadays, I call them Golden Days or Cloud Era, we can set up / create / install our own IT Infrastructure within Hours with Virtual Machines in Public Cloud or Private Cloud Environment. We can use Raspberry Pi to host Docker Swarm at home.

One of the most popular tools/software for this purpose is Docker Swarm. There are other software’s available. I tried most of them. But Docker Swarm is simple, easy to install and it’s Docker native orchestration tool that integrates easily.

We can scale our Docker Swarm Cluster horizontally (adding more nodes to it) or vertically (scale running applications on it – more replicas) in matter of minutes.

There are many storage software tools available to have our data persistent throughout the Cluster if in case any node goes down, the data should be available on the other nodes, the application should start automatically without impacting the production.

I use GlusterFS as persistent storage tool for my Docker Swarm Cluster.

I am hosting all of my applications/tools like WordPress, Docker Mail Server, Rocket Chat, Next Cloud, Dolibarr ERP, Metabase, Flarum……etc on Docker Swarm Cluster and thought of sharing the experience with you all. I am using MariaDB as back-end database server for all my applications.

I use Traefik in front of all my applications as a Reverse Proxy or Load Balancer to expose them to out side world. It is the most popular software in Container Era or Micro-Services Era as I say. Check Traefik post to understand and how to deploy it on our Docker Swarm Cluster.

We need to host our Docker Swarm Cluster at home using Raspberry Pi or use any cloud provider to buy VPS servers.

Please use the below referral link if you want to use Digital Ocean to buy VPS servers to host your infrastructure.

What is Docker and Container?

Docker is a set of platform as a service (PaaS) that uses OS-level virtualization to deliver software in packages called Containers. A container is a standard unit of software, they are isolated from one another and bundle their own software, libraries, and configuration files. All containers are run by a single operating system kernel and are more lightweight than virtual machines.

The software that hosts the containers is called Docker Engine. It was first started in 2013 and is developed by Docker, Inc

If you want to know/learn more about Containers, how they are different from virtual machines, and their uses, I will write a separate article to explain the technology.

For the time being, go through Wikipedia and Docker links to know about container technology.

Docker Swarm is native clustering for Docker. It turns a pool of Docker hosts into a single, virtual host. We continue to run the Docker commands we’re used to, but now they are executed on a cluster by a swarm manager. The machines in a swarm can be physical or virtual. After joining a swarm, they are referred to as nodes.

Swarm managers are the only machines in a swarm that can execute your commands, or authorize other machines to join the swarm as workers.

Workers are just there to provide capacity and do not have the authority to tell any other machine what it can and cannot do.

I am going to build 3 Ubuntu VM’s (1 Manager and 2 worker nodes) in Azure for this purpose. In order to spin the VM’s, you need to have a test account in Azure or you can create a real account to host the Docker Swarm Cluster for hosting your infrastructure there.

I am not going to show you how to build servers in Azure, the process is straight forward and you can find a lot of KB’s for the purpose.

We have to add below docker ports to the VM’s for proper communication between the manager node and worker nodes.

Ports 80/http and 443/https are used for exposing the docker stacks / services to outside world.

After building the VM’s in Azure, SSH to them with the credentials or SSH Key to proceed further.

First, add the GPG key for the official Docker repository to the system

Next, update the package database with the Docker packages from the newly added repo

Let’s start installing Docker on the VM’s. Run the below command on all the VM’s to install Docker.

Docker should now be installed, the daemon started, and the process enabled to start on boot. Check the version using docker –v the command

You can check the status by running the below command

Installing Docker now gives you not just the Docker service (daemon) but also the docker command-line utility, or the Docker client.

Now it’s time to install Docker Compose on the VM’s.

Check the current release and if necessary, update it in the command below

Next set the permissions for docker-compose

Then verify the installation was successful by checking the version:

Now it’s time to initiate our docker swarm cluster using the below command.

If you want to advertise swarm to a specific IP, you have to append the IP using --advertise-addr 192.168.0.7 to docker swarm init command

From the manager node, ensure that the nodes are checked in by running docker node ls command and you will see the below output

You have to add below GlusterFS ports to the VM’s in Azure to have data replicated throughout the cluster if I would like to have some persistent data.

The brick ports have changed since version 3.4.

The following ports are TCP and UDP:

Probe the worker node from the manager node

Note: If you have more than one node, you have to probe the other nodes as well.

Create the file directory where GlusterFS will store the data for the bricks that we will specify when creating the volume. Below code needs to be run on all the nodes in the cluster.

Note: If you have more than one worker node, you have to use the below command. (Replace manager and worker nodes with your actual VM names)

You will see the below output

It’s time to mount the GlusterFS replicated volume on each Node in the swarm cluster on /mnt by running the below commands.

Note: Run the above command on all nodes including the manager. Don’t forget to replace USERNAME.

Volume will be mounted on all the nodes, and when a file is written to the /mnt partition, data will be replicated to all the nodes in the Cluster.

Please watch the below video for the Docker Swarm setup

In the coming posts, I will show you how to run stacks/services to the Swarm Cluster with a reverse proxy (Traefik) and SSL (Letsencrypt) enabled by default. Stay tuned… 🙂 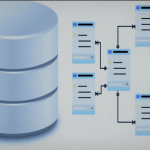 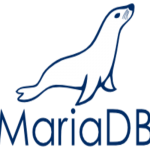